It’s a city, island, state, and country all in one breath. Singapore is an extremely unique Southeast Asian enclave, its history as a trading settlement influencing all aspects of modern life in profoundly original ways. With a Peranakan population that comprises Chinese, Indian, and Malay descendants, its multicultural roots are obvious from the minute you step off the plane – in the architecture, in the food, on the street, and in the temples.

Singapore is an excellent entry point for first-time visitors to Asia. This is due in part to an icing of English character, leftover from almost 150 years of British rule.

Wandering the different neighborhoods is time well spent. The whole city is an architect’s paradise, a profusion of colorful Peranakan “shophouses,” extraordinary Buddhist and Hindu temples, edgy skyscrapers, and colonial-era buildings infused with modern glamour. Along with Chinatown and Little India, jaunts through the design-forward concept stores and chic cafés of Tiong Bahru, and the eclectic boutiques and day spas of the Katong district should be high on your list. The same goes for Kampong Glam, the Muslim quarter.

Singapore has a number of green spaces to retreat to, too, including the Botanic Gardens, with its collection of orchids, and Gardens by the Bay, with its two biodomes and giant, tree-shaped towers.

Understandably, the cuisine here is an amalgamation of the cultures overlapping in inviting and delicious ways. Mod-Sin cuisine (short for Modern Singaporean) is a contemporary spin on traditional cooking. Do indulge at the “hawker stalls” lining the food courts, which serve comfort food such as chili crab and chicken rice. Each stall has a particular specialty – and two even have Michelin stars. This is just the kind of surprise you will find in Singapore at every turn.

Having spent the last three decades travelling and experiencing the best luxury offerings first-hand, Tully Luxury Travel has an exceptional understanding of Singapore. We have the contacts and the relationships in place to ensure your travel needs are met – milestone celebrations, romantic dinners, private tours, dietary requirements, special room-service requests – all the details curated in step with your every wish.

In Singapore, our private luxury travel designers have the insider information to make your visit more memorable. We can book you into the Moshe Safdie-designed Marina Bay Sands, the lush Park Royal or the newly renovated Raffles. Private neighbourhood tours will see you around the town with car and driver, layering in all the right luxury shopping spots and must-eat culinary experiences. 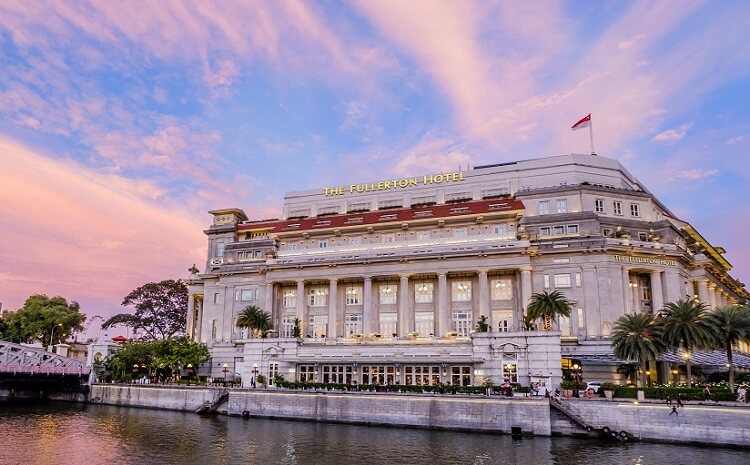 Become a Fan of Mandarin Oriental

Mandarin Oriental’s luxurious hotels capture the essence of local and infuse it with the charm and sophistication of the Orient. ...Read more