French flare folded into tropical environs initiates a sumptuous mix of luxury on the beautiful island of St. Barths in the northeastern Caribbean. Its soft, hibiscus-scented breezes, sultry beaches, rugged cliffs, top-tier restaurants and exquisite boutiques set the tone for a luxury vacation in nirvana. Anchored in one of the bays on your private yacht or settled in at one of the well-appointed luxury St. Barths hotels, you are destined to have the experience of a lifetime.

St. Barths is a watersport paradise pegged to 22 beaches, each with its own unique personality – and beach club.

Despite being a former Swedish colony, the language and culture of St. Barths are forever French, firmly built on a heightened sense of style and luxury that rivals the chicest southern European coastlines. A volcanic island surrounded by shallow reefs, many of which are part of protected marine reserves, St. Barths is a watersport paradise pegged to 22 beaches, each with its own unique personality – and beach club.

The island sports only about 25 hotels, most of them small, all of them beyond fabulous, featuring palatial suites, open-air bars, sumptuous spas, and breathtaking views. Le Barthélemy Hotel Spa and Hôtel Barrière Le Carl Gustaf are exceptionally elegant, with Le Toiny, Le Sereno and the Christopher all upscale favourites. The Eden Rock in St Jean Bay even has its own recording studio. Visitors have the choice of more than 400 luxury villas to spread out in as well, for a few days or a few months, including the luxury homes of Pointe Milou.

The constant stream of celebrity visitors has included Beyonce Knowles and Jay Z, Gwen Stefani, Amy Schumer, David Letterman, Derek Jeter, Paul McCartney, the list goes on. The fact that the famous and the beautiful flock here only adds to the fun. Maybe you’ll fit right in?

Having spent the last three decades traveling and experiencing the best luxury offerings first-hand, Tully Luxury Travel has an exceptional understanding of Saint Barthelemy. We have the contacts and the relationships in place to ensure your travel needs are met – milestone celebrations, romantic dinners, private tours, dietary requirements, special room-service requests – all the details curated in step with your every wish.

In Saint Barths, our private travel specialists have insider information that will elevate your experience that much more. We can suggest the best luxury villas to suit your unique needs, the celebrity-spotting restaurants to dine in, the best beaches to consider and a list of the top social highlights to fill your dance card.

Talk with a specialist and start planning your bespoke St. Barths vacation today. 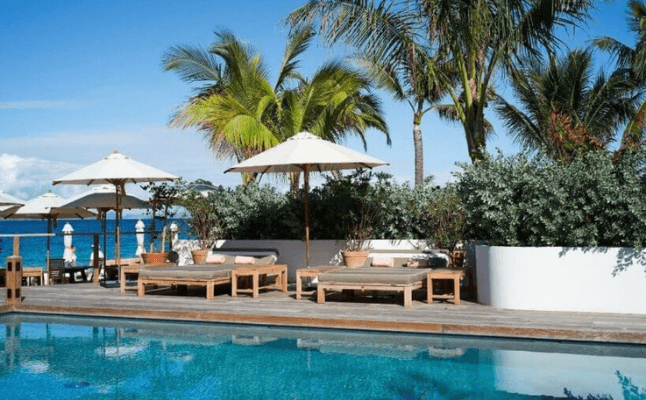