A Nile River cruise brings you all the history, the culture, and the ethereal magic that defines a quintessential Egyptian adventure.

A luxury cruise on the Nile, the longest river in the world, is one of the most classic and traditional ways to see Egypt’s famed tombs and monuments, most of them not too far from the riverbanks. Every day is a different journey, a different story and river life itself is fascinating, which you will discover as you float by villages and farms, past sugar cane and bougainvillea.

Many cruises begin at the city of Luxor with a stop at Karnak Temple, an ancient complex with a forest of carved obelisks reaching into the sky. Luxor Temple itself should be part of the itinerary, with its beautiful carvings and statues of Ramses II.

The Valley of the Kings brings the famous tomb of boy pharaoh Tutankhamen, as well as the chambers of many other pharaohs, each lined with hieroglyphics and vivid art, the paintings hidden from the sun for centuries. The temples at Edfu and Kom Ombo are dedicated to half-man half-falcon god Horus and half-crocodile god Sobek.

The city of Aswan in southern Egypt features many archaeological sites, including the Temple of Isis, which dates to the 4th century BC, and the landmark Aswan Dam. Tully can even extend your adventure, taking you all the way down to the storied temples of Abu Simbel.

I try to find out what the client’s version of luxury is. What their interests are, do they like small ships or medium sizes. I ask what they are interested in spending and what kinds of trips they’ve done in the past.

With new clients, I like to get to know them and really listen to their needs or wishlist, as well as ask all the appropriate questions to assist me in my research.

If you’re considering a luxury cruise down The Nile River, let our expert Travel Designers make your vacation truly customized from start to finish.

Having spent the last three decades traveling and experiencing the best luxury offerings firsthand, Tully Luxury Travel has an exceptional understanding of the Nile. We have the contacts and the relationships in place to ensure your travel needs are met – milestone celebrations, romantic dinners, private tours, dietary requirements, special room-service requests – all the details curated in step with your every wish.

With the Nile River, our Travel Designers have insider information that will elevate your experience that much more. We will help you select the perfect cruise line to whisk you down this iconic waterway on cruise ships like the Oberoi Zahra Luxury Nile Cruiser or the elite Sanctuary Sun Boats. And while you’re there, we can customize a full tour of Egypt, taking you to hidden luxuries on the shores of the Red Sea and to iconic landmarks like the Pyramids of Giza.

Talk with a Travel Designer and start planning your luxury Nile cruise today. 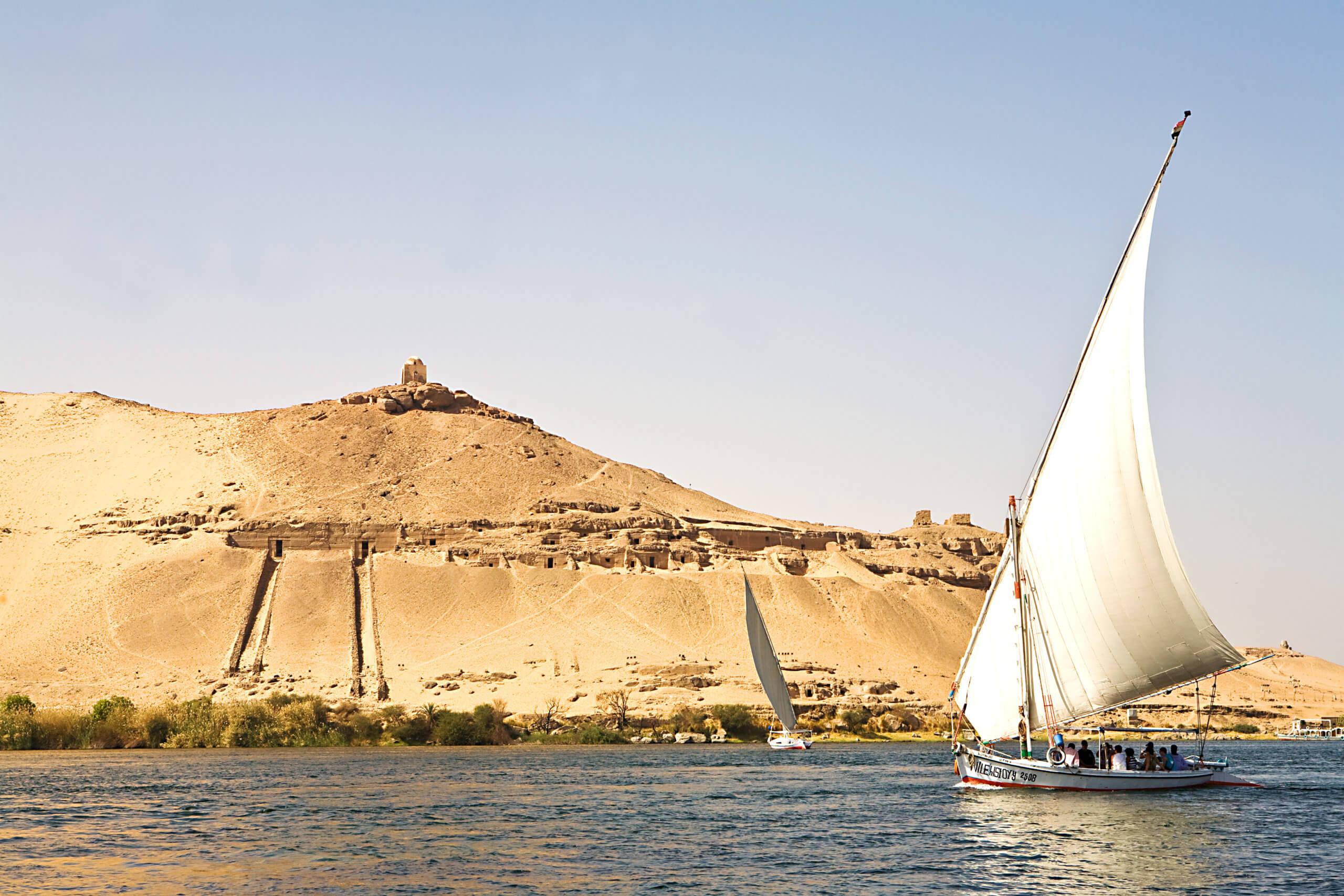 Rare, immersive excursions that you'd be hard-pressed to organize on your own. ...Read more

The sands of time continue to beguile all those who visit Egypt and the Nile River. ...Read more

The best Mediterranean luxury honeymoon cruise is out there waiting for you. ...Read more