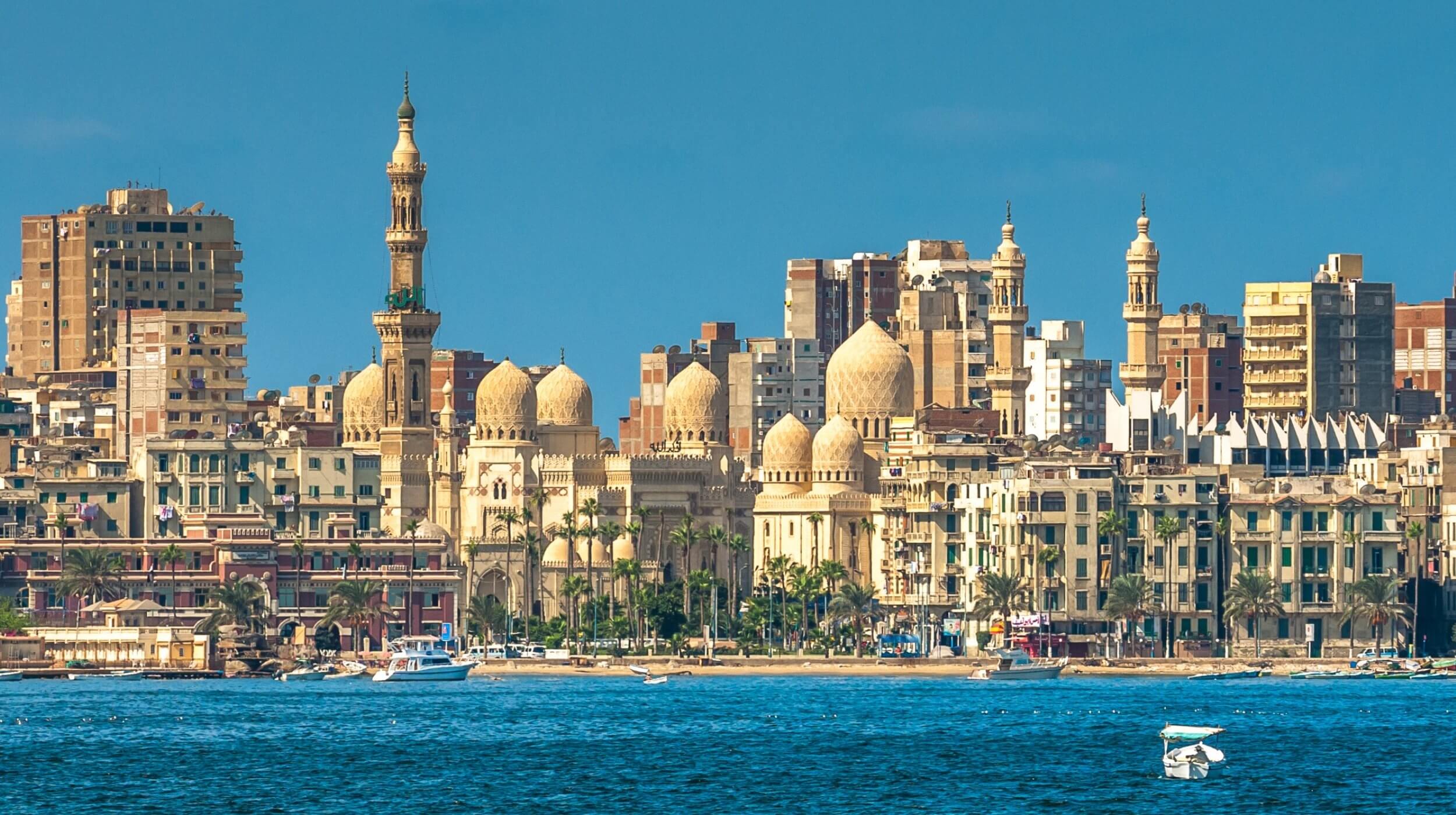 Founded in 331 BC by 25-year-old Alexander the Great, Alexandria is old world grandeur. Its towering Pharos lighthouse, marking the ancient harbour’s entrance, was one of the Seven Wonders of the World, and its Great Library was considered the archive of ancient knowledge. Unfortunately, luck wasn’t on the city’s side. The Pharos collapsed, the Great Library was torched, and part of the ancient city disappeared under the sea and part under the modern city, so there are few visible remains of the glorious past. Even though little remains of the ancient city, Alexandria still retains its Mediterranean atmosphere, old European residences, coffee houses and ancient Greek and Roman monuments. The catacombs of Kom el-Shouqafa, the underwater ruins of Montazah and Maamoura and the city’s vibrant art scene make Alexandria a captivating tourist destination. A tour of the city should also include a visit to the Abu al-Abbas al-Mursi Mosque and the Coptic Cathedral of St. Mark.

When our travel advisor left the business for medical reasons, my research identified three companies in which I was particularly interested. I decided to take a chance on Tully and was connected with Jackie. It proved to be a fortuitous connection. I would like to thank you both for the efforts you've made on our behalf. When I first made contact with Tully, I'd hoped to find an agent I could trust and grow with. Little did I know then that I would partner not just with a wonderful agent, but with a team that has exceeded all expectations. Please know that we appreciate the stress under which you have labored and are thankful for the support you have provided us under those trying conditions.