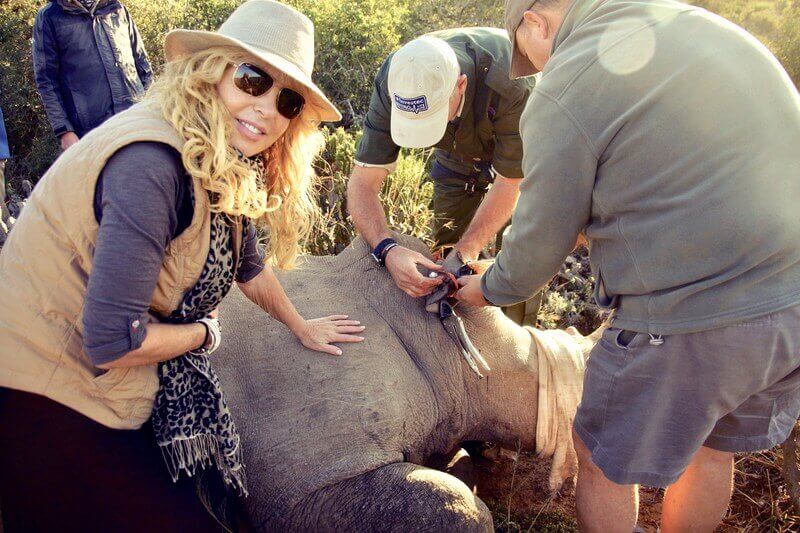 Mary Jean Tully, Founder and CEO of Tully Luxury Travel, has made a substantial donation to the Great Plains Foundation to help protect critically endangered rhinos in Southern Africa.

Mary Jean Tully assisting as an endangered rhino is moved to safety. (CNW Group/Tully Luxury Travel)Led by Emmy award-winning filmmaker and National Geographic Explorer-in-Residence, Dereck Joubert, the Great Plains Foundation is on track to meet their goal of translocating 100 rhinos from high-risk poaching areas in South Africa to safe havens in Botswana, the country with the best anti-poaching record on the continent. Tully was on-site with the Great Plains team to assist on one of their first rhino translocations in 2015, as part of their ‘Rhinos Without Borders’ initiative.

Rhinos are largely hunted for their horn, which is erroneously seen to have medicinal value in some Asian traditions. Rhino horn may also be carved into works of art or displayed by trophy hunters as a symbol of wealth and power. In South Africa, where poaching levels are the highest on the continent, more than 1,000 rhinos have been poached annually over the past five years (nearly three rhinos each day).

“Mary Jean has been a dear friend and dedicated supporter of our work for years. She is one of very few in the travel industry that has actually delivered, personally and substantially to this cause,” says Joubert. “Her donation to the rhinos is very important because it gets us over a certain threshold on our way to the 100 target. When conservationists and industry leaders like Mary Jean come together to support a cause, it shows that we can collectively work as conservationists first, and business people after that.”

Tully is a passionate advocate for the protection of wildlife in Africa. In addition to her donation to the Great Plains Foundation, she has been a long-time donor of The David Sheldrick Wildlife Trust in Nairobi, Kenya which operates the world-renowned Daphne Sheldrick Elephant Orphanage. Tully was nominated for the prestigious We Are Africa Innovation Award in 2015, and her team at Tully Luxury Travel partners exclusively with ethical safari operators.