One week after the bombshell news that Crystal Cruises would pause operations after its parent company Genting Hong Kong said it had run out of cash, the travel advisor community was left wondering how this could have happened and what was next for a brand that has long instilled loyalty among cruisers and the trade.

As advisors were left to consider the fate of clients’ deposits and commissions due to them, they also voiced concern for the Crystal crew they’d gotten to know over decades selling the brand.

Crystal’s situation changed rapidly after Genting Hong Kong filed to wind up its operations Jan. 19. It said that certain aspects of its business, such as Dream Cruises, would continue; later that day, it put Crystal’s oceangoing operations on pause through April 29 and its river cruises on pause through May and said that it would give its team “an opportunity to … examine various options moving forward.”

Passengers on the Symphony, which terminated its cruise in Bimini, Bahamas, were taken back to the U.S. via ferry. The Serenity and Crystal Endeavor were both finishing their cruises as of last week.

Crystal said in a statement that the officers and crew on the Symphony were “being well cared for” and were being moved to single accommodations on the ship, which remains in Bimini.

“We are making sure they are comfortable and able to enjoy the many amenities onboard,” the line said. “It is our intention to take care of the crew and timely meet all our financial obligations to each crew member and recognize their continued valued contributions to Crystal.”

As for agent commission and client deposits, their fate depends on when the cruise was booked and what happens to Crystal.

Most passengers who made reservations with Crystal during the past year were likely protected by their credit card, which have arranged to hold any Crystal deposits until sailings were completed, or by default insurance. 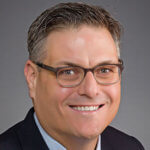 “While bankruptcy creates some more possible unknowns, we do feel comfortable that between credit card companies still having the funds and travel insurance for defaults, our customers will be refunded accordingly,” Sharpe said.

gency consultant Bob Joselyn also said that anyone selling Crystal over the past year would have been aware of the risk.

“This really didn’t sneak up on us,” he said. “The tea leaves have been there for a couple of years now.”

Joselyn suggests advisors reach out right away to their clients “and tell them what their options are.”

“I would say, ‘Let’s start the process of getting your money back, if you’ve got even a deposit or full payment in,'” he said, adding that advisors should then see if their customers want to book a different cruise. “That’s what I would do. You’ve got to represent the client.”

Advisors trying to reach Crystal found that the reservations center had closed. Instead, a note on its website directed people to a series of email addresses if they had inquiries “on a future cruise or a canceled cruise.” 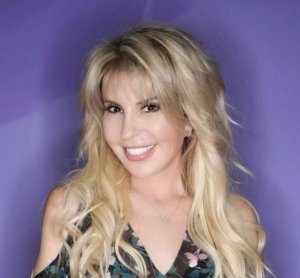 Mary Jean Tully, CEO of Tully Luxury Travel and Crystal’s top producer for the past 28 years, said that while the clients who had booked in the past year were protected by their credit cards or insurance, the outcome for bookings made with future cruise credits, some that had been rolled over many times, would depend on what happens to the company.

As for advisor commissions, she said, they have little protection.

“The way it stands right now, no, we’re not going to get commission,” she said. “Everything is a ‘let’s wait and see.’

“The way it stands right now, no, we’re not going to get commission,” she said. “Everything is a ‘let’s wait and see.’

Sharpe agreed, saying that if the line ends up being bought, the outstanding commissions “will be a key negotiating point in terms of our future support of the brand.”

That future, of course, is up in the air. Rumors swirled last week about potential buyers, with lines from MSC Cruises to Lindblad being cited as suitors (neither line has publicly expressed interest).

As of Jan. 26, Genting Hong Kong, which also owns the Asia-based lines Star Cruises and Dream Cruises, was being overseen by provisional liquidators appointed by a court in Bermuda, where the company is registered.

Dietmar Wertanzl, CEO of CMI Leisure Management, a provider of hospitality services to expedition ships, and Crystal’s senior vice president of hotel operations for eight years starting in 1994, said he believes Crystal may have a future, depending on how the Genting liquidation goes, and said that during the pandemic at least two buyers had made offers for the line.

Such suitors will likely now be looking for a bargain, given Crystal’s position. But given how much Crystal has expanded since Genting bought it in 2015 — it operates its original two ocean cruise ships, a new expedition vessel, a river cruise line and has a private jet — it may be difficult to find a buyer interested in the entire package, Wertanzl said.

“Nobody wanted the airplane,” Wertanzl said. “And some people don’t like the river cruise business; they’d rather go back to the core business of the ocean only, including the expedition ship. So it depends: It could be that maybe they split off the river cruise business, or sell them and the brand name with the ocean and expedition ships. Or just get the whole thing for a discounted price. Now everybody’s waiting for a discount. It’s a good time to buy Crystal.”

According to an executive in maritime acquisitions, the liquidators are hoping to sell the business as a whole. However, he said that most people think it is currently priced too high and agreed that while selective assets, such as the Crystal Endeavor expedition ship, which was delivered in August, and the newer river ships would be highly sought after, the ocean vessels, built in 1995 and 2003, and the airplane make the full package a difficult sell.

Joselyn, however, said he believes somebody will buy Crystal for about “25 cents on the dollar or something like that, because it is a brand that does have a lot of brand loyalty.”

“I think in some ways, it fits a niche in the cruise business, and somebody is going to see the value in that,” he said.
Jamie Biesiada contributed to this report.