There is no official confirmation regarding Crystal Cruises shutting down its operations, but travel advisors are assuming the worst.

“There is no longer a ‘company’ capable of issuing a statement. Crystal is one of several cruise lines, a group of casinos in Asia, and a major shipyard in Germany that are now in default,” said Richard Turen, managing director of Naperville, Ill.-based Churchill & Turen.

“The three Crystal ships are under the control of U.S. Marshals under a Miami court order to seize the vessels for failure to pay fuel and other charges representing millions of dollars in unpaid bills.”

The line’s fate, “along with the other assets of Genting, the Hong Kong conglomerate that owned the cruise line, rests in the hands of a three-judge panel of the Bermuda Supreme Court tasked with determining the allocation of assets – estimated at well over $3 billion – will be handled,” he said.

“For all intents and purposes, Crystal Cruises is now bankrupt. The chairman of Genting and his chief officer have both resigned.”

Turen said he is not optimistic about refunds from Crystal at this stage. “There is a long line of entities seeking payments from the court in Bermuda,” he said. “This will be a very long process although portions of the company may be acquired in the interim subject to the court’s approval.”

He said he would urge all booked guests to immediately contact their credit card company and request that deposits or final payments made to Crystal be reversed and returned to the guests’ credit card accounts.

“We know that some guests who paid, for instance, with a Chase Sapphire card had the deposit reversed within a 10-minute conversation. The Chase agent was totally familiar with the Crystal failure,” Turen said.

“Guests need to understand that, at this point, no travel agent can intervene in deliberations in Bermuda that will determine what happens with Crystal’s assets. That is now in the hands of the equivalent of the bankruptcy court.” 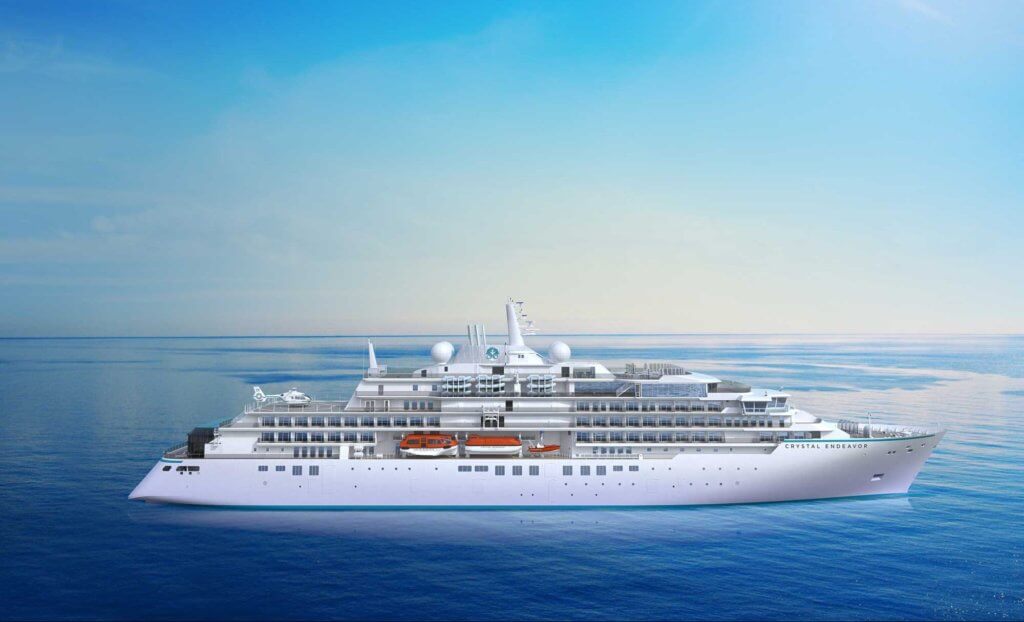 In all likelihood, Turen believes that Crystal’s different units will be sold off individually.

“I believe that the driving force here will be the court’s need to acquire money to begin paying off Genting’s substantial debt, of which Crystal is just a small part,” he said. “Our view is that the most likely scenario is that Crystal will be broken up and sold in sections as in cruise ships, riverboats and expedition vessel.

“Hopefully, this scenario will be avoided. But the only representatives left to champion Crystal are those of us with vivid memories of just how good this company was.”

Turen was not alone in lamenting the demise of a company with a virtually flawless reputation.

“A sad day for all who loved Crystal Cruise lines so much,” said Mary Jean Tully, CEO of Mississauga, Ontario-based Tully Luxury Travel, in a Facebook post. “A thank you to all who have worked so long and hard to make it one if the greatest experiences ever. From the most amazing crew, to all those that worked in the office, thank you so very much.”

Added Steven E. Shulem, owner of Strictly Vacations in Santa Barbara, Calif., and a Crystal top producer who was onboard one of the ruined voyages: “Everyone in the industry, myself included, is hoping they are going to make a triumphant return. They have such strong brand loyalty and such amazing staff that I cannot help but reminisce on all my fantastic experiences with Crystal.”

Theresa Norton contributed to this report.