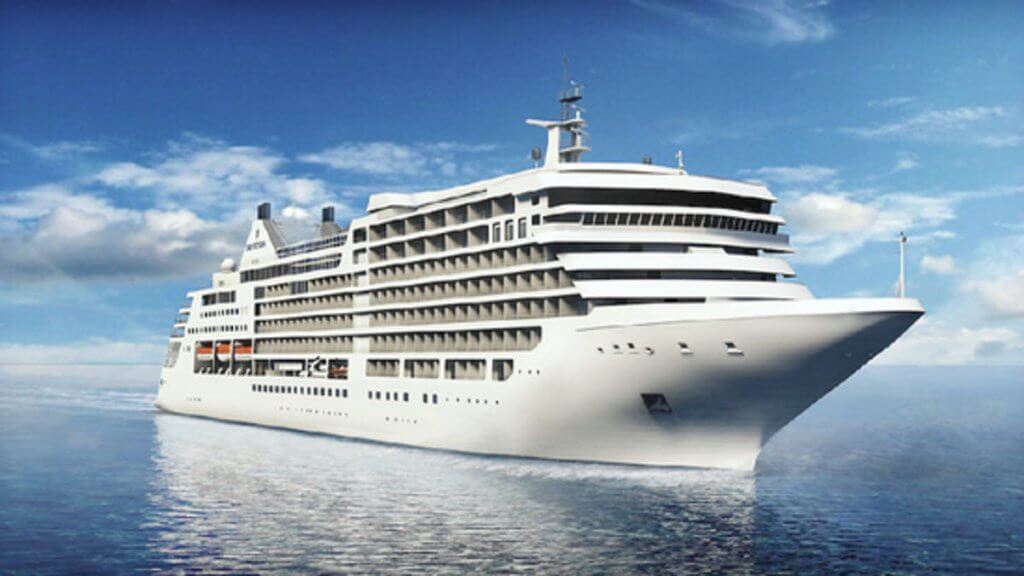 This week’s broadcast of Eye on Travel comes from the Mediterranean aboard Silversea’s new ship, the Silver Moon, as it sails through Greece. Peter is joined by Harry Theoharis, the Minister of Tourism of Greece, who talks about the country’s strategic plan to reopen, and why Greece was able to welcome vaccinated travelers back in May, ahead of the rest of the continent. Richard Fain, Chairman and CEO of the Royal Caribbean Group, is also on board and addresses the short and long term public health and economic devastation as well as the path to recovery. And since we’re in Greece, there’s no better time or place to talk about the Gods — with Kenneth Davis, author of Don’t Know Much About Mythology. There’s all this and more on this week’s Eye on Travel, broadcasting from the Silver Moon.

Click the link here to listen to the full broadcast.

Mary Jean Tully, Owner of Tully Luxury Travel, explains what travel agencies have been experiencing in the past 16 months. Having many clients on Crystal Cruises, she recounts when outbreaks occurred and how her team dealt with it. She says it was fear of the unknown that drove so many clients to ask for refunds and attempted to draw out of their travel plans. Tully’s experience has proven that cruise lines have learned from the mistakes at the start of the pandemic. Tully also talks about taking her vaccine in Canada and how the United States is now not recognizing some European vaccine brands.

Harry Theoharis, Minister of Tourism of Greece, shines a light on all the work that went on behind the scenes so that Greece could open to vaccinated travelers and so that cruising could resume. He speaks about working with the country’s health experts to create rules and protocols that will keep everyone safe and healthy. He also talks about how they worked with the individual ports and imagined every possible situation and created procedures in order to ensure the ports could handle anything they encountered. He then speaks about the challenges the country faced when reopening including the large-scale coordination efforts that were needed and the fear many people still had and how they capitalized on the tools available to them to turn fear into care. He notes that Greece is taking extra steps to ensure travelers feel safe when they come such as providing medical care for visitors should they test positive for COVID-19 in Greece, and he also makes it clear that Greece is remaining vigilant with enforcing the current rules. He says Greece is not afraid to punish those who are not abiding by them and continues to encourage vaccinations. He shares his hope that travel reciprocity with the U.S. may be on the horizon soon.

Richard Fain, Chairman and CEO of Royal Caribbean Cruises, speaks about the devastating impact that the pandemic has had across all parts of the cruising industry from the ships themselves to the small businesses the cruise lines rely on to provide an enriching experience for their guests. Fain also notes that no one knew how to handle COVID-19 in the beginning and how impressed he is with how people have been able to work together following a period of confusion in the beginning of the pandemic. Royal Caribbean even teamed up with competitor, Norwegian Cruise Lines, and a team of experts in order to properly implement the recommended design and procedural changes needed on board ships. He also speaks about how the cruise industry has been a model of how to handle the crisis using a combination of science, working together, and making sure to keep the spread of COVID-19 down by identifying and isolating cases as necessary.

Paul Brady, Articles Editor at Travel + Leisure, speaks about how nice it feels to be in Greece once again and notes how normal it feels despite the new protocols in place and having to wear a mask in some areas. He encourages people who are thinking about traveling to take the leap as there are less tourists than normal, and he says that hotels are actually affordable. He also advises people who may not be able to take as many trips to make them longer and more impactful when they can. Brady believes this fall will be a good indicator of what will happen as we head into the winter months and into next year. He also notes that he views the amount of paperwork needed to travel abroad right now may be a barrier for many people, and he hopes to see it streamlined in order to encourage more people to travel internationally again.

Dr. Despina Ignatiadou, Head Curator at the Sculpture Collection at National Archaeological Museum, talks about what makes the National Archaeological Museum unique in a country that is full of museums and artifacts. Not only is it the oldest museum in Greece, but with over 11,000 exhibits on display and hundreds of thousands more in the museum’s store rooms, it is also the biggest. Dr. Ignatiadou and her team constantly rotate special exhibits to allow as much as possible to be seen. Some discoveries from inside the museum’s store rooms include portraits and objects that have been pieced together to form a larger object. Dr. Ignatiadou’s favorite discovery is the large statue of a youth that was found in the sanctuary of Poseidon. Dr. Ignatiadou then discusses the many reasons why so many statues often don’t have heads and how rare it is to find a head that matches a body of a statue.

Melissa Douglas, British Travel Writer and Blogger based in Athens, came to Athens from the U.K. in 2017 to be a digital nomad and travel around the world. It turns out that she liked Athens so much that she decided to stay and now often finds herself homesick for Greece even when visiting the U.K. Her favorite part of Athens is what lies beyond the traditional tourist areas and in the outlying neighborhoods that all have distinct personalities. She also discusses the globalization of the city and how someone can find amazing Middle Eastern food near the Agora. Douglas also offers some of her hidden gems for breakfast, lunch and dinner that all put a Mediterranean twist on classic favorites.

Kenneth Davis, Author of Don’t Know Much About Mythology, defines the word myth as sacred stories that are created to explain what can not be seen. These myths were essential to daily life in Ancient Greece and made up large parts of the Greek belief system. It was rare someone would make a decision without consulting a myth or higher being like the Oracle at Delphi. According to Davis, the impact of the Ancient Greeks and their mythology is incredibly important as it served as a blueprint for the rest of Western civilization. He also discusses the lessons we can learn from mythology and the dangers it can hold today. Then, Davis explains how the Greek Gods, though powerful, were very human-like in that they were fallible, ambitious, and sometimes lusty. And he also discusses the transitional period when humans began to want to be higher than the Gods and the danger in that mentality that can still be seen in modern mythologies that have been created. He further speaks about some of the travel myths that people face today.

Roberto Martinoli, President and Chief Executive Officer of Silversea Cruises, talks about how happy the crews were to be able to go back and do what they love. He explains how the cruise line follows the CDC guidelines and EU Healthy Gateways closely in regards to all of their policies and where they can enter. Every crew member on every ship is vaccinated and he tells us how this particular ship’s crew was vaccinated in Greece. The particular cruise is not sailing at capacity and Martinoli says that with guidelines changing so much, it began with the intent to sail at a lower capacity but now that’s changed. His cruise on-board regulations include wearing a mask inside and getting vaccinated at the beginning and end of the trip. Martinoli continues to explain how passengers do not need to be escorted when touring the destinations. Silversea Cruises is opening a new route in Iceland and he attributes this new product to the country’s opening up to visitors as well as the growing interest in the country. Martinoli compares Silversea policies to other cruise lines and further talks about the issues with refunding passengers in the past at the wake of the pandemic. He tells us that he’s learned that cruises are probably the safest option in travel and that a constant dialogue with the local governments has made it that way. He shares that his cruises are selling out and uses the 4-month cruise as an example.

Doug Lansky, Travel Writer & Keynote Speaker, converses with Peter about current traveling trends as the world enters a post-pandemic era. Many cities are dealing with overcrowding issues and transportation prices are soaring due to high demand. Some consumers are choosing to spend their money on staycations at hotels by their residences, which contributes to further overcrowding. Lansky also speaks about how the pandemic impacted his permanent home in Sweden and how it compared to other countries in Europe. He’s excited to travel again, but he warns of the added difficulty that a mandatory PCR test can add to a travel plan.