In The Battle Of River Cruises, Uniworld Stakes Its Claim To The Top 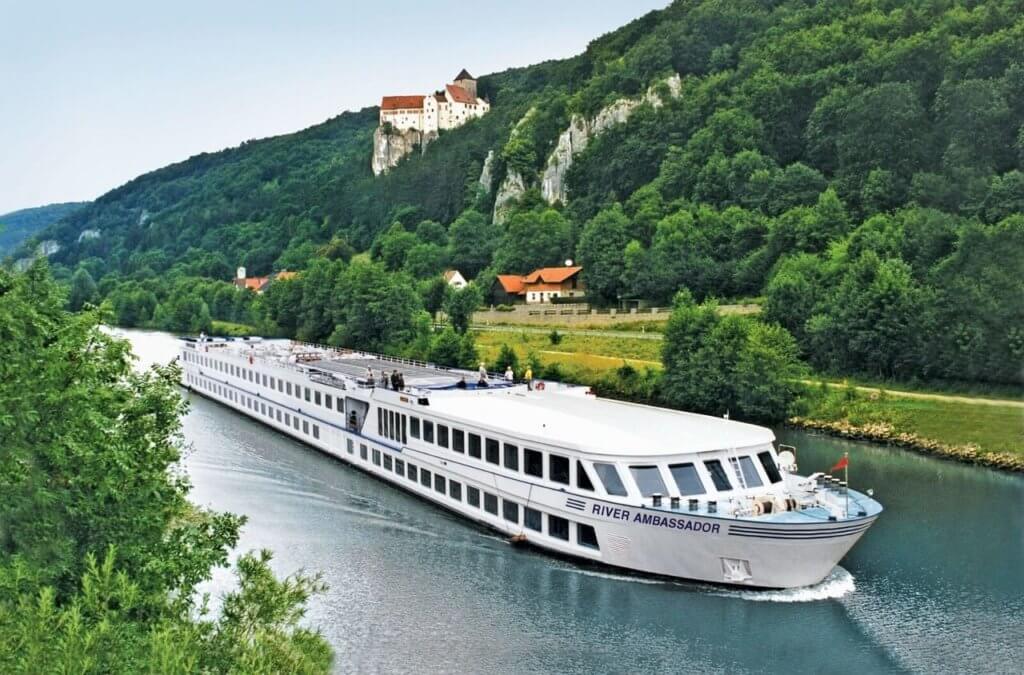 Travel is an industry of trends, and one of the hottest over the past decade has been river cruising. Luxury ocean cruise line Crystal Cruises recently made a splash when it announced it would enter the market, albeit with two vessels. Leader Viking River Cruises has over 60 boats. The growth has also meant diversification, with various lines carving their own niches, say travel advisors familiar with the category. At the same time, Anne Scully of McCabe World Travel puts it this way: “The greatest cities in the world were built on rivers, and when you get off a river cruise you are in the middle of the city.” In other words, the river boats provide a nice alternative to see multiple places, from wineries and castles to several major metropolises all without packing and unpacking, and certainly without having to navigate through airports.

Making a play to be at the high-end of the pecking order is Uniworld Boutique River Cruise Collection. Started as a tour operator in the 1980s, it was a pioneer in river cruising, but really didn’t evolve to its present position until its purchase in 2004 by The Travel Corporation, a holding company for a number of tour operators and The Red Carnation Hotel Collection, a group of ultra-luxury small hotels in Palm Beach, London, Geneva, Ireland and South Africa. It’s property in Geneva is the second highest rated in the city by Trip Advisor.

During a recent visit to New York, Uniworld’s California-based CEO Guy Young, a longtime executive with the parent company, said the privately owned brand is focused on taking the river cruise product to new levels of luxury after spending its first five years of ownership overhauling the fleet and working on the overall product. He believes providing choice, great service and top cuisine combined with a wide range of active sightseeing options is the key to capturing the hearts, minds and wallets of today’s affluent travelers.

At the same time both advisors say the river cruise experience is becoming more diverse, with options for biking tours and hikes, wine tastings as well as soft-adventure excursions. Young says on Uniworld, which includes shore excursions, there are typically two to three options each morning and afternoon, each with different levels of activity and fitness. He describes a river cruise as being port intensive, but adds some people like to relax onboard or just go off and explore on their own. Custom itineraries can be arranged as well.

Scully and Tully both say, just like hotels or ocean cruises, each river cruise company is different and appeals to different customer segments. Scully notes, Viking reflects its owner’s Nordic heritage in both design and sensibilities. AmaWaterways focuses on active travelers, Scully says, and carries its own bikes and has a larger pools onboard. Tauck, known for its luxury motorcoach trips, provides exceptionally high-quality shore excursions. Both agree that Uniworld is shooting for the upper end of the market.

Young believes Uniworld’s Red Carnation connection is a big help, from expertise of its hotel chefs to sommeliers. In terms of food, he says, despite having to feed a relatively large number of guests (about 150) from a small kitchen in a short period, the company is able to match the same high standards of its award-winning land-based operations, with the only difference being a more limited selection of entrees, typically four at dinner. Breakfast and lunch are buffets. It also keeps its food and beverage operations in-house, which the CEO says gives it a higher degree of flexibility to adapt to customer needs and preferences. One recent customer posting on review site Cruise Critic wrote, “When asked by us whether the chef would be willing to prepare (white asparagus) for us if we purchased them in the local markets, they told us not to worry as they would purchase them and prepare them every night of the cruise. They did in fact do this and it made the dining experience.”

Design of its vessels is overseen by the owning Tollman family and reflects the same old world traditional luxury of its hotels, which includes on one of its newest boats, the S.S. Catherine, over $2 million in family owned art. Like its hotels, Young says, another element that separates Uniworld is the décor of each vessel is unique and tailored to the destinations it is sailing.

Young says the decision to go fully all-inclusive in 2014 was made to mirror the top luxury ocean cruise lines. In addition to land tours, transfers, meals, all drinks throughout the day and even WiFi are included. There are select wines guests can pay extra for, as well as laundry and customized excursions.

While the company offers itineraries in Southeast Asia, Egypt, Russia and from next year India, Young says over 90 percent of its voyages are in Europe, the epicenter of the market. Cruises range from seven to 25 days with 10 being the average, and the price run approximately $550 per person per day.

The actual experience aboard boats is intimate, Scully says. With less than 200 passengers it means you get to know other guests. Unlike the casinos and Las Vegas style entertainment of big ships, the river boats tend to have local performers who come aboard in their city and a bartender who knows your name and favorite drink makes it a homey environment. “It’s very convivial,” says Scully.

In the hierarchy of river cruising Tully equates Uniworld to Crystal or Ritz-Carlton, while Scully notes the limitations. “It’s five-star service, cuisine, decor and experience in a four-star (space). There is a limit on how wide, how long and how high (any of the river lines) can build,” she notes. Both say, the relatively small staterooms aren’t an issue, as people spend most of their time ashore or mingling in public areas.

Uniworld recently upgraded its website to accept direct consumer bookings, however Young says, the main focus is to sell through the trade. Scully adds, “There are thousands of itineraries and hundreds of boats. All the operators are good at what they do. The key is to get matched to the right boat, which depends who you are, who you’re traveling with and what you want to do.” Either way, river cruises are apparently a trend that is here to stay.